A Day in Varanasi

Streaks of gold merged into the blue of the sky. They rose from the many sacred fires that burned bright on the banks of the Ganga in Varanasi. As I made my way there in the early hours of the morning, it appeared as if the entire city had converged on the ghats (river banks) of the Ganga.

I looked around and found that visitors came from across the globe; some religious, others like me, simply curious.. From ash-smeared monks, to troubled believers, to those in their twilight years in search of moksha (salvation); all gathered by this stretch of the waters. The only thing that tied us all was the fact that we were all fellow travelers taking a journey through this life. 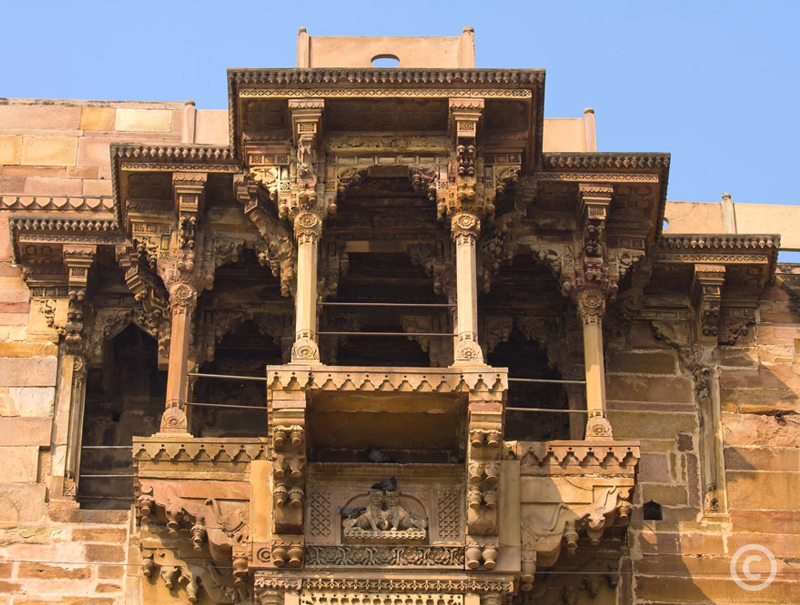 Just then, as the sun’s rays shone through the sky, the ceremony began. We watched, mesmerized, as holy men draped in saffron, bowed before the river and chanted mantras. They clinked bells and lifted oil-lamps in wonderfully orchestrated hand-movements, and tossed vermilion powder in the air at intervals.

All in an attempt to appease the river Goddess, the holiest of waters in Hinduism. This prayer ritual, at sunrise and sunset, seemed to be the center of life in the city of Varanasi. It is also said to be older than time itself. 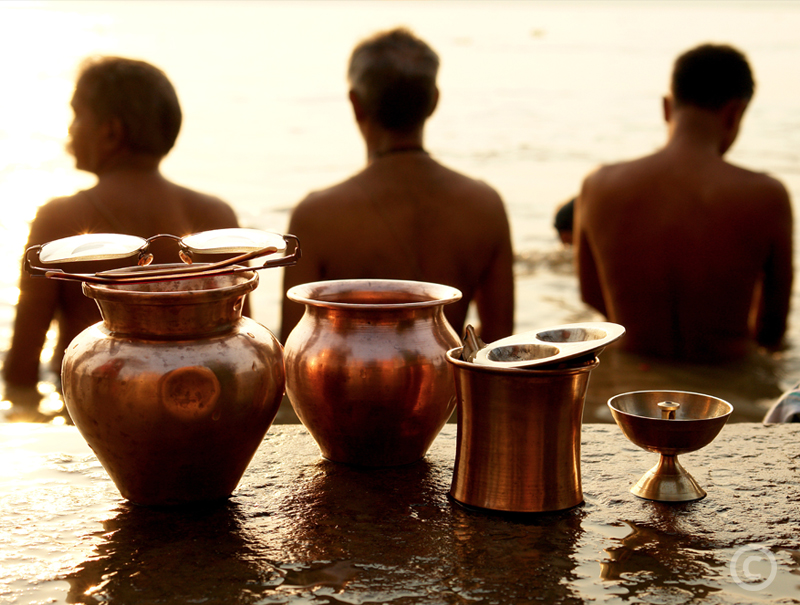 A dip in Ganga to wash away sins

The scene was unbelievably colorful and chaotic. Yet within the chaos, there seemed to be an inner calm you could experience only if you tap into the sacred energy. One can feel this subtle vibration inherent to the city created by Lord Shiva. It was this divine vibe that allowed me to look beyond the crowds, to glimpse within and experience an inner world. 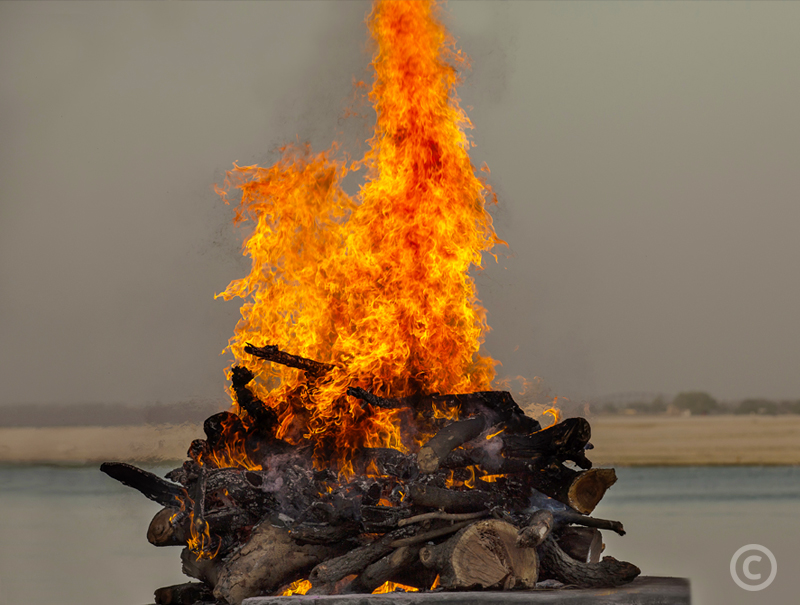 To truly take in Varanasi, meant that I had to look beneath the surface and search for the meaning hidden in the many enchantments and legends surrounding this ancient city. I could see the devout believers take that dip in the Ganga with the one hope that it will wash away their sins. But, I sensed that the parables came with a deeper meaning.


To me, it felt like it’s wasn’t merely about plunging into the river, but an immersion into the knowledge of the ancient truths hidden in the Vedas; something you’re immersed into the moment you set foot in the city. The act of taking a dip, merely an allegory to represent one’s efforts to dissolve moh-maya or desires, which is considered to be the very root of sin.

A saffron-clad guruji (seer) bedecked in rudraksha beads, explained the ideology to me, for a mere Rs. 100 dakshina (offering). The ultimate truth is simple and yet we’ve forgotten it: Carnal desires and attachment to worldly objects can never be satisfied. It is this hankering for more that leads us to sinful thoughts and actions. Further, he explained – the irony lies in the fact that it often takes a lifetime to realize this truth, and many more lifetimes (re-birth) to ultimately live by it. 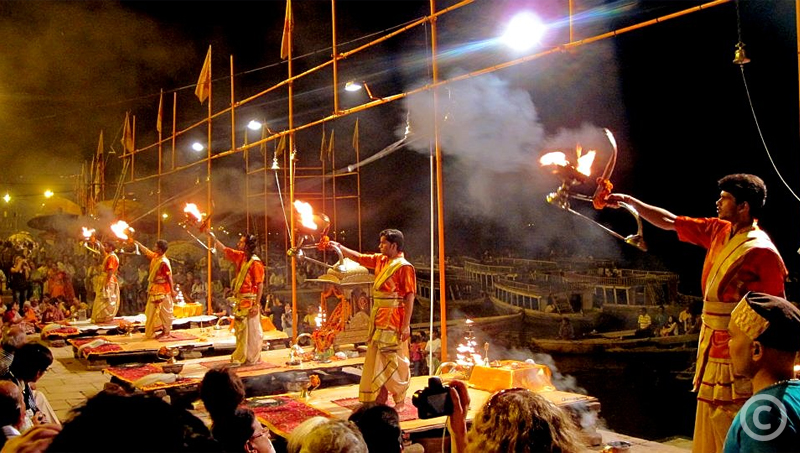 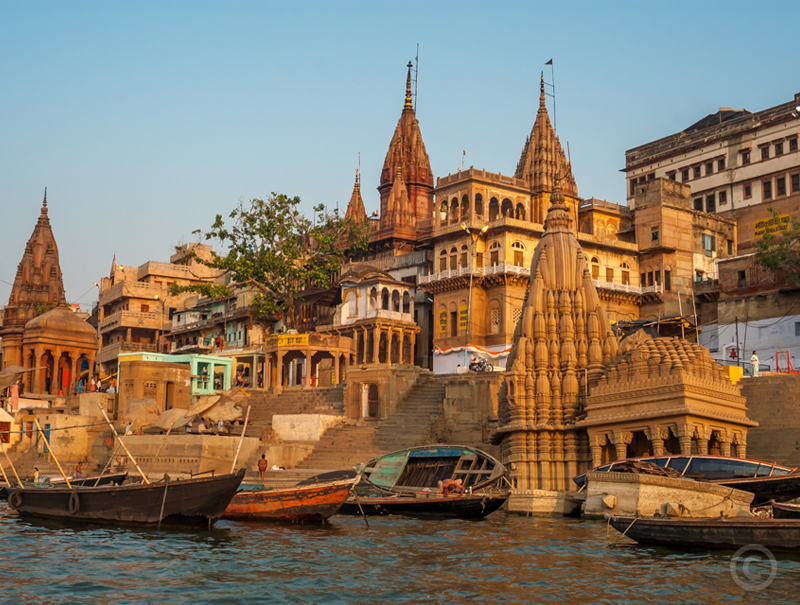 Perhaps few places reveal this secret as clearly as Manikarnika, the cremation ghat that is believed to free the soul from re-birth. At first the sight of burning bodies may seem macabre, but Manikarnika makes you glimpse a place deep within you. The deafening sound from the shattering of the earthen pot during the last rites; the first flames from the eternal fire that lights the funeral pyre and devours the body. Everything you see here forces you to stop and think. Will greater wealth lead to inner joy? Are you really living your best life? Are you in tune with your soul’s purpose? In the end, what is it that really matters?

Manikarnika makes you introspect and in this it is more for the living than the dead. In the soul-searching that inevitably follows from a visit here, Manikarnika lives up to its premise as a stairway to heaven.

For travelers, Varanasi can be the place on the map, between the rivers of Varan and Assi. Or it can take you to another realm. The choice really is yours. Which type of traveler will you be?