Why the Mumbai International Airport Will Surprise You

It’s got award-winning art-works, restaurants and massage parlors, squeaky clean rest-rooms, free WIFI, and more. Here’s everything you need to know about your next flight to Mumbai

In one word: STUNNING! The airport underwent a renovation to the tune of a whooping USD 887 million. The brand new airport was unveiled in 2014. Skidmore, Owings and Merrill (SOM), of New York, were the architects behind it. 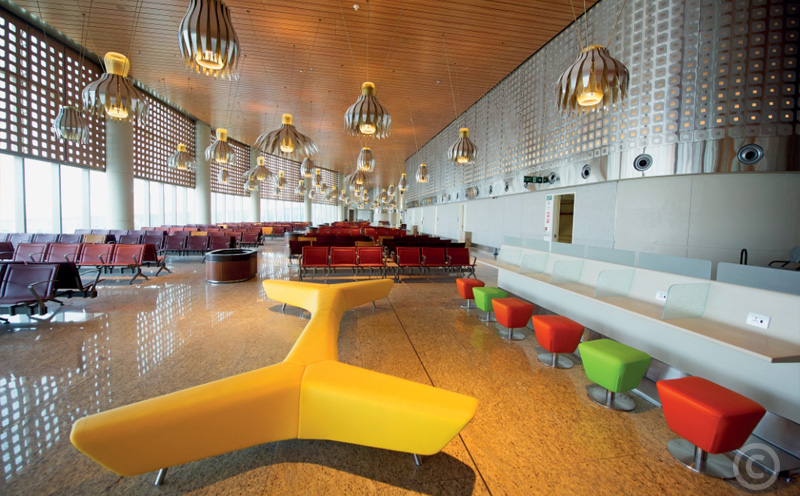 These are the same names that have to their credit the John Hancock Center and the Sear Tower, Chicago, as also the Burj Khalifa, Dubai, among many other magnificent structures.

For the airport, SOM worked closely with India’s top haute-couture designers, Abu Jani and Sandeep Khosla, to create a space that was modern yet rooted in Indian tradition. For instance, notice the honeycomb pattern on the roof. 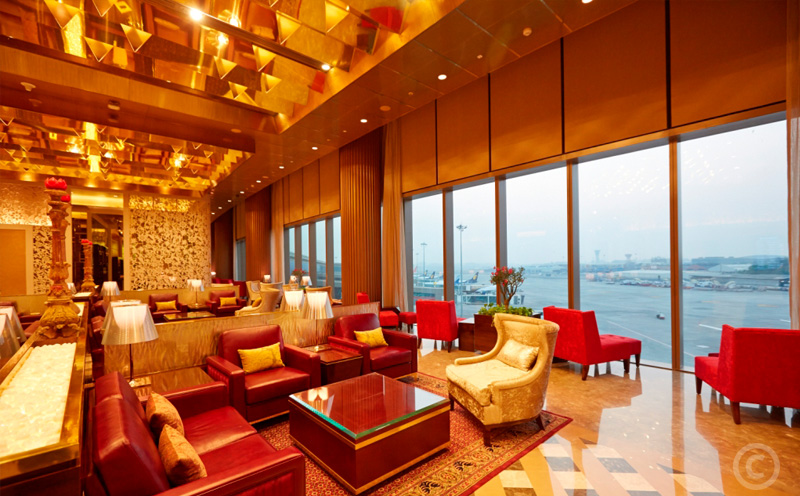 This is similar to that found at Agra Fort in Fatehpur Sikri, built by Emperor Akbar. It was Akbar’s descendants who gave India her most famous monument, and a UNESCO Heritage Site, the Taj Mahal in Agra.

Other traditional Indian elements at the airport include curtains made of diyas (oil lamps) that bring to mind the Hindu festival of Diwali. To truly experience Hindu culture and festivities, visit India during Diwali. This is when entire cities are lit up to celebrate the victory of the Lord Ram, a Hindu deity, over evil. The airport’s chandeliers resemble the lotus flower, another symbol associated with Hindu mythology. In fact, many Indian Goddesses are depicted standing inside a lotus in bloom. The take-away is that of finding yourself in a world-class airport, even if you’re only in transit, it’s clear that you’re in India.

I hear there’s also an art museum within the airport?

As soon as you land, you walk through a space that’s filled with art-works. This museum-of-sorts spans over three kilometers, showcasing the work of over 1,500 artists. Many of the artists are award winners such as painters Manu Parekh and Nilima Sheikh. Other well-known names include fashion designers Ritu Kumar, Manish Arora, etc. Each art work is unique, yet they are all tied together as they share a love of India. There are colorful murals of Bollywood’s biggest icons such as Amitabh Bachchan and Shah Rukh Khan. Bollywood, based in Mumbai, is India’s answer to Hollywood. It’s just as glamorous, if not more. Priyanka Chopra of Quantico is a Bollywood star. 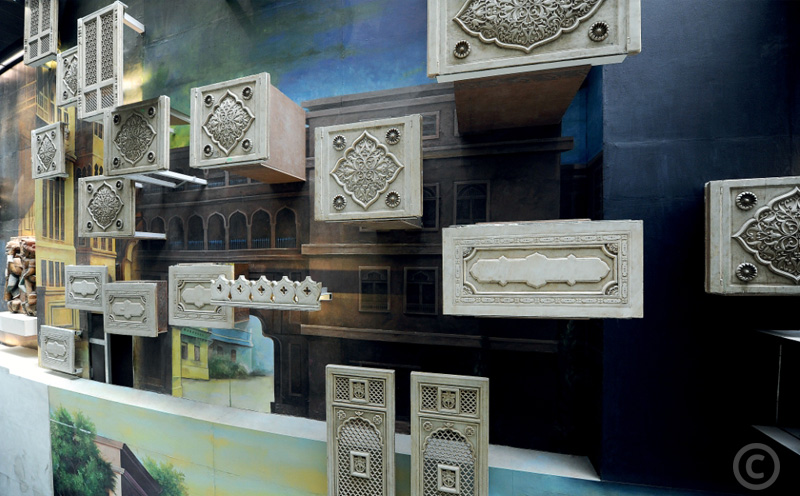 Rajasthani Art Display at the International Airport in Mumbai


Other pieces of art are historic. Look out for the lattice-screened windows typical of Rajasthani Havelis (palaces). If you’re going to visit Jaipur, or Udaipur in Rajasthan, these intricately crafted windows are what you’ll find in the heritage palaces, once the homes of Rajah’s and Maharajah’s. 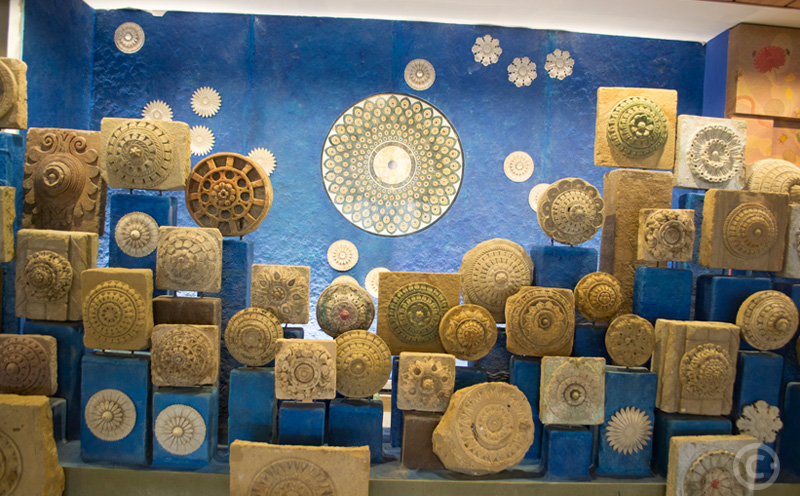 Display of intricate stone carvings at the International Airport in Mumbai


Admire the carved wooden idols of Hindu deities. Representing Indian love of handicrafts are swatches of hand-woven fabrics embellished with poetic verses in Indian languages. For a bit of the north there are paisley prints that originated in Kashmir. For a bit of Tamil Nadu in South India, there’s Tanjore art, which is essentially a painting sprinkled with gold leaf, semi-precious stones, etc.

Are there restaurants and shopping facilities inside the airport?

Yes, particularly in the departure area. Choose from Indian fast-food to pan Asian cuisine, to cocktails bars, coffee shops etc. If you’ve just remembered to pick up gifts and souvenirs, the shopping area spans a whopping 21,000 sq meters. From Indian designer clothes to hand-made paper, you can find it all here. If you’re forgotten essentials such as meds for air-sickness, there’s also a pharmacy within the airport. For those looking for a bit of indulgence, there’s a massage parlor, which is exactly what you need after lugging around heavy carry-on bags.

The airport has been designed with convenience in mind. There are restrooms every few hundred meters. Almost always, you’re likely to find an attendant who ensures that they are continuously cleaned. And yes, there is toilet paper!

Since it is a large airport, are motorized carts available?

Yes, there are moving walkways within the airport. Or you can hop aboard a motorized vehicle.

It is the second busiest airport in India; second only to Delhi’s Indira Gandhi International Airport. That said, you won’t find yourself being jostled by crowds. However, do bear in mind that the immense air-traffic translates to long immigration queues. There are no separate queues for foreigners. During peak season, it can take 2 hours just to cross immigration. The immigration form is simple and requires basic details such as name, passport number, flight number, address in India, etc. Also, bear in mind that in India you pass through immigration and have your passport stamped, both on arrival (entry stamp) and departure (exit stamp).

How do I stay connected at the airport?

T2 offers unlimited WIFI, complimentary. You simply need to provide your mobile number and a One Time Password (OTP) will be sent to you.

What modes of transport are available from the airport?

If you’re booking with us, you pass through baggage claim, get out the glass doors and our driver will be waiting for you, holding up a name card. If you haven’t booked with us, and are looking to get a cab, it’s a longer procedure. Pass through baggage claim, head left to the elevators, and go down to the transport lobby. Here you will find counters for pre-paid black-and-yellow (non-air-conditioned) taxis. To ensure that you stay safe on your journey and don’t get overcharged, this counter is where you pay for your cab upfront, get a receipt, and then head out the door to your cab. The driver’s details, and your name, destination are stored as a precautionary measure. In this transport lobby, you will also find counters for air-conditioned private cab companies. These aren’t pre-paid but at the counter you must pay a small fee/tax to avail their services. The rest of the fare is paid to the driver, by the meter.

For a long layover, is it safe?

The Mumbai airport has stringent safety measures. So much so that no one is allowed to enter without a valid ticket and passport. At the many entrances to the airport, security personnel will verify the name on the ticket against the name on the passport. 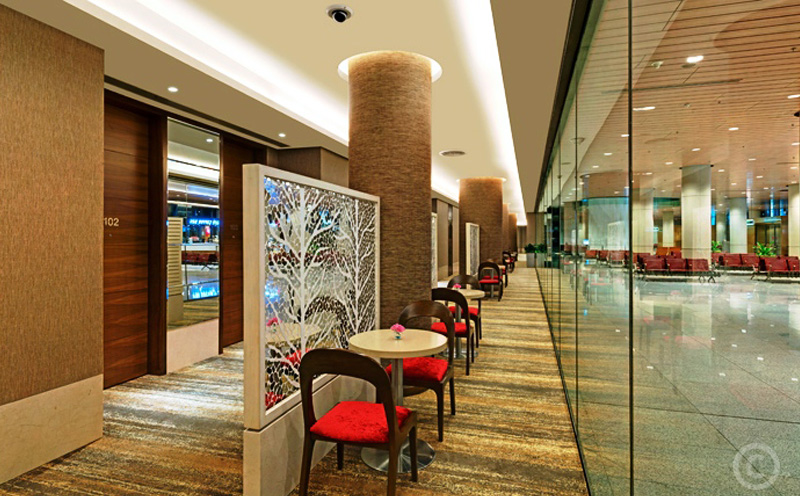 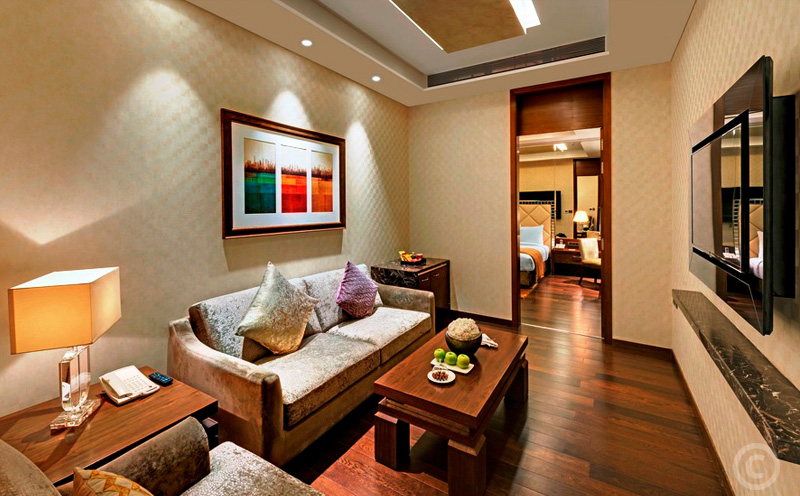 Rooms at the Transit Hotel inside the International Airport in Mumbai


Plus, to make you comfortable, there is also plenty of seating including sink-into-sofas, bean bags, and sleeper chairs.