Temples of Sex? 5 Things You Never Knew About the Khajuharo Temples

Spice up your summer with an armchair trip to medieval India, where you may be shocked to discover a society comfortable with the depiction of spirituality and eroticism side by side.

Five things you never knew about the Khajuharo Temples 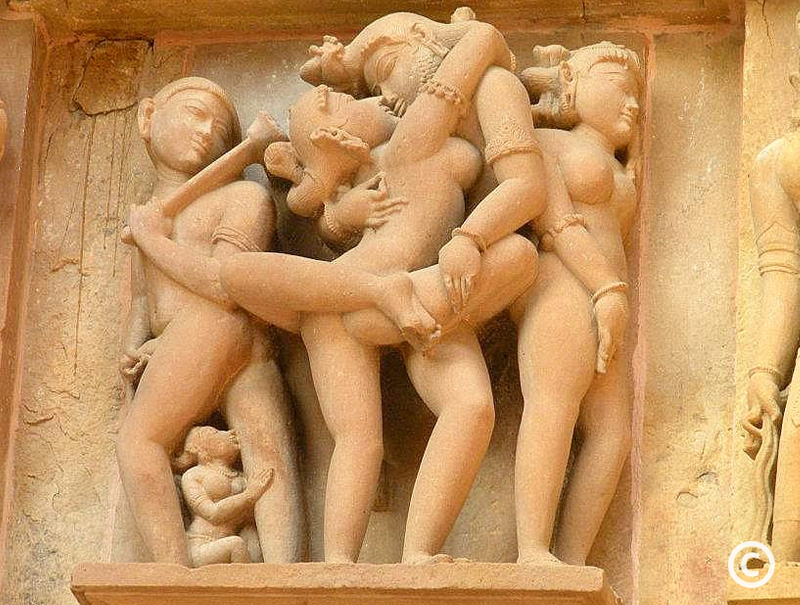 Remember Varanasi? The story of the origin of the temples can be traced back in Indian mythology to the beautiful daughter of a priest of Varanasi, Hemvati. As the story goes, the moon god saw Hemvati bathing in a pool of lotuses and was so entranced by her loveliness that he descended to Earth. The two had an affair, and when Hemvati became pregnant, the moon god gave a prophecy that their son would be the first ruler of Khajuharo. Hemvati delivered the baby in a grove of Khajurs or date palms and when her son grew up, his father the moon god told him to build a temple of erotic art.

The Temples are a UNESCO World Heritage site: The temples were constructed high up in the Vindyha mountains, one of the fabled favorite places of the god Shiva. 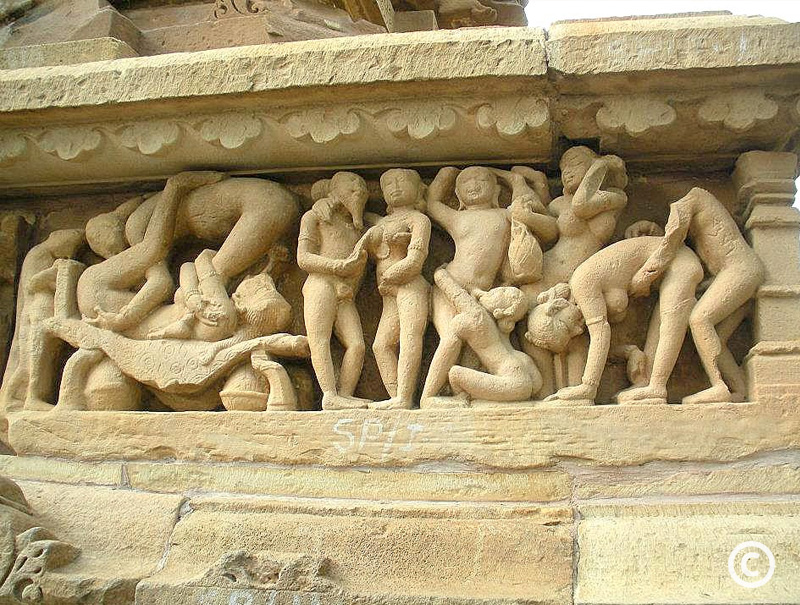 The temples used to be even more magnificent: Only about twenty of the original eighty-five temples remain intact today. The temples were constructed during the Chandella dynasty, during which time it is said that each king constructed at least one temple. 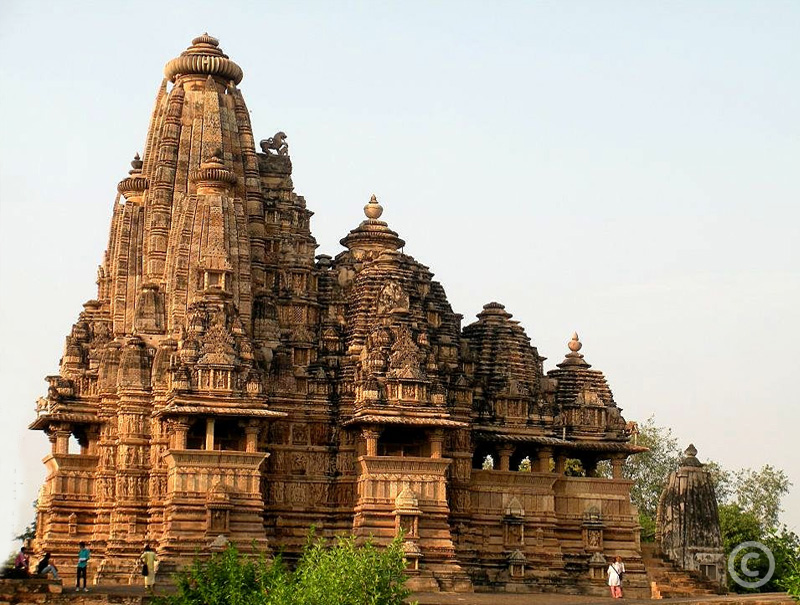 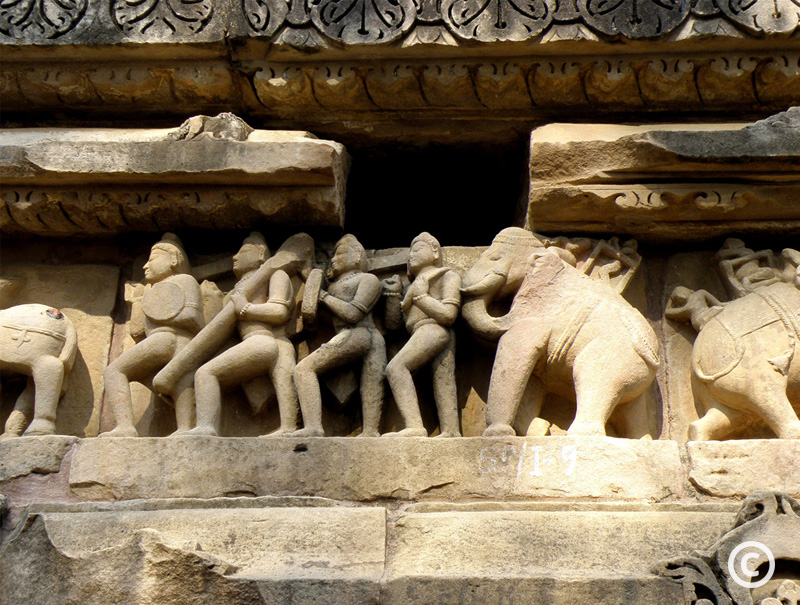