Famed to be the French Riviera of the East, Pondicherry (renamed to Puducherry in 2006) is a small coastal town with a split personality. The French quarters resemble the European countryside, with their cobbled streets, charming French villas, and quaint cafes, a short walk from the coast. In striking juxtaposition lies the new part of town, with the vibe of a typical small town in South India. Pondi, as Pondicherry is fondly called, is a reverse culture shock for most foreign travelers, with its fine French food and laidback seaside atmosphere.

Pondicherry’s French influence comes from its long history of trade and colonization by the French, up until 1954, when it was declared a Union Territory. French is still spoken and understood, and unlike most of India, locals here really know how to bake good bread! The cobbled by-lanes of the French quarters (the old part of town) are home to trendy lifestyle boutiques that reflect Pondi’s bohemian flavor. Here, chic hotels and restaurants will surprise you with almost authentic French food and inexpensive alcohol (all union territories in India are exempt from alcohol taxes), served in French-style courtyards. Walking westward along the town’s main canal, you’ll notice the street names change from French and English, to Tamil. It is this new part of town that reminds you you’re still in small-town India, with its local Tamil eateries and chaotic residential areas. The rocky, balmy seaside is where Pondi’s two personalities converge; the serenity of the French quarters meets the bustle characteristic of most Indian beaches.

The internationally acclaimed township of Auroville is a short drive from Pondicherry. Auroville is far removed from anything you’ll experience in the rest of India. Driven by the vision for a harmonious spiritual community, Auroville was created in the late 60s as an experiment in sustainable food and living. Today, men, women and children of fifty different nationalities continue to live in this community and call it home. The township is built around the architecturally stunning Matrimandir, a place for meditation and introspection for the residents, the peace and serenity of the temple makes for a spiritual experience for the passing visitor.

Unlike most of India, Pondicherry receives the northwest monsoon rains from November to January, which is the best time to beat the crowds and experience cooler weather. The weather remains hot and humid during the rest of the year. The town is best approached via a 3-hour drive from Chennai. Chennai is a major metropolitan city which is well connected by flights, trains and highways with the rest of India and the world. 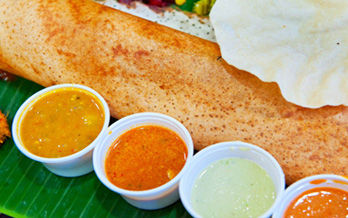 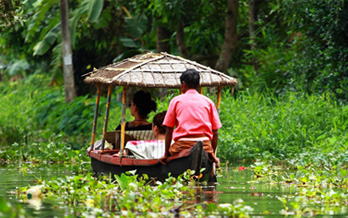 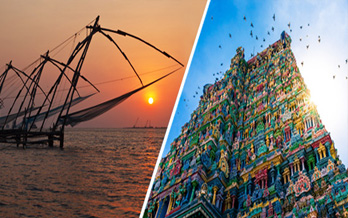